Some Benefits of Learning a New Language

There are plenty of benefits to learning a new language. One of which is time savings. Most language learning apps use a spaced repetition system, which means you’ll be reminded of essential vocabulary and grammar at just the right time. This helps you maximize your time, and the system focuses on the 80/20 rule. This means you’ll learn faster and retain more information. Using an app is also convenient, and many language learning apps even have audio files that you can use to practice.

Another advantage is exposure. Many language apps feature audiobooks and podcasts that allow you to listen to real-life sources and check your understanding. These can be especially beneficial for beginners since they allow you to listen to local news and topics. Podcasts also allow you to follow specific topics in a language you are learning. You can also choose to learn a new language by listening to popular music.

Most users of the apps spend about 15 minutes per day on average. Male users are slightly more likely to use the apps than female users, and they tend to spend more time on them. Users report that they view these apps as informal learning activities. Approximately two-thirds of users use the apps when they have free time, and the other third use them during planned sessions. If you’re a beginner, an app can help you reach fluency much faster.

Learning a new language using apps can help you become more active and engaged with the process. A traditional classroom can be a scary place. A language teacher addresses the entire class, and the student try to mumble his or her response in order to make sure that he or she gets it right. Using a language learning app can make this process much more enjoyable and less painful. There are many benefits of using language learning apps.

Before you download a language translator app for your smartphone, consider what you’ll be using it for. The app should be compatible with multiple devices, allowing you to use it on different types of devices. In addition, it should provide quick and accurate translations. Most language translator apps are geared toward English speakers, but they can be helpful for those of Asian heritage. For example, Chinese, Japanese, and Korean languages all have different pronunciations, making it difficult to translate them using a typical translation app.

If you’re looking for a more reliable translation app, Google Translate is a clear choice. It’s a trusted service and offers text, audio, and image translations. Google Translate even supports phrasebooks, handwriting translation, and instant camera translation. And it offers an offline mode for 59 languages. That’s great for travel and for interpreting. But if you’re not on the go, there are plenty of language translator apps on the market.

In general, language service providers host their servers in secure data centers and have protocols in place to ensure that protected information is encrypted. However, translation apps do not offer the same level of security, as they store the data after submission. Ultimately, a human translator is the best choice if you’re trying to translate confidential information or other sensitive materials. So, are Language Translator Apps Reliable? And How Do They Work?

Among the most popular translation apps, TripLingo has over 300,000 international users. TripLingo has also been featured in several media outlets. The Microsoft Translator app is also a popular choice. This free app lets you translate text, voice, conversation, and even images. It also offers an offline mode for over 60 languages, though you’ll need to purchase language packs to translate the text offline.

There are many Language Translator Apps available for your Android or iOS device. However, it’s important to be careful when selecting the one that suits your needs. Before choosing a translation app, consider how much you’re willing to spend. Whether you’re looking for a free option or one that costs a few dollars, it’s worth considering. If you need a free app, you can download Linguee, which includes over 400 lexicographers. It’s fast and reliable, but it doesn’t support all languages.

If you want to learn a new language but don’t have the time to go to an actual class, you can download apps on your iPhone or iPad that will help you. Some of these apps focus on vocab and reading comprehension. Others are purely vocab-based. Beelinguapp focuses on language studies using audiobooks. It offers stories in several languages and quizzes in both. It’s a great way to pick up vocabulary and practice pronunciation.

The free version of Babbel focuses on conversational learning, while the paid version provides more advanced features, such as reading material written by native speakers. It also offers an offline mode, so you can practice without an internet connection. While the interface of the app is not very attractive and voice recognition is not as reliable as one would hope, it offers one free lesson before you have to pay $7 per month. This app is recommended for beginners.

The best free language learning apps are Memrise, Busuu, and iTalki. Memrise’s free version allows you to practice with audiobooks, but its premium version includes chatbots and offline mode. The app supports English, Spanish, French, German, Portuguese, Italian, Japanese, and Russian, as well as more than 100 other languages. The premium version offers ad-free content and an expanded library.

Another popular language-learning app is Mondly. This app features over 50 million downloads and won the “Best New App” award from Apple in 2016. With its easy-to-use interface and unique approach to language learning, Mondly can be an excellent choice for people who don’t speak the language fluently. Mondly includes daily lessons, weekly quizzes, and monthly challenges. Although it’s free to download, this app costs $10 or more per month, which is a pretty high price to pay for a language learning application.

Last, my personal favorite and the long-time favorite is Rosetta Stone. The interface feels outdated now but it is still one of the most learning methods for learning another language with a large catalog. The subscription costs is a little higher but for the quality of the learning method, it’s still the best.

While English is still the most common business language, knowing other important business languages can open doors to new markets, contacts, and opportunities. Languages are ranked by how many native speakers they have in each country, as well as their importance to major industries and economies. While many of these languages are obvious choices, others might surprise you. Here are the Top Languages to Learn for International Business

If you’re considering moving abroad and conducting international business, then you might want to learn at least one or two of these languages. Mandarin is the most common business language and is second only to English in terms of global usage. Although China’s per capita income is far lower than the world average, its agricultural and industrial output is second only to the US in value. Mandarin is spoken by nearly ninety million people in China, Malaysia, Indonesia, Thailand, and Taiwan.

Spanish is the most popular language in North America and among the easiest to learn. It is useful for doing business in Latin America. Several South American nations are emerging markets, and Paraguay and Ecuador offer cheap agricultural land. Learning Arabic is another useful language for future business opportunities. Depending on your business goals, you can decide on which language is the most beneficial.

German is another popular language for international business. German is spoken by many people in Europe and is one of the three procedural languages of the European Union. Speaking it helps you conduct business in a more efficient manner. In addition to the U.S., Germany is also considered an economic powerhouse in Europe, and it is the official language in Belgium, Luxembourg, and Switzerland. A few other European nations have large populations of German speakers.

Standard Arabic is the sixth most commonly spoken language in the world. It is the official language of many countries, including the Middle East and Africa. Learning it can open up global business opportunities. Aside from Arabic, another important language for international business is Mandarin Chinese. While there are few Chinese, who speak English, learning it can help you expand your business opportunities around the world. You’ll be able to conduct business with the locals and communicate with other business professionals in China and other Middle Eastern nations. 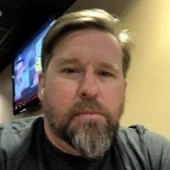 How to Write a Press Release

How to Get a Burner Email Address